Malaysia has a couple of amazing buildings that were created with the brilliant minds of the architects in the country.

When we look at the building, we rarely give credit to the ones who have made it possible. As with concept generation, everything starts with an idea.

When you roam the roads of Malaysia, you just stop and marvel at the beautifully-designed buildings that not only have artistic flair but they are also functional as well.

Today, I am going to talk about 5 of the leading architects in Malaysia who has paved the way for the new generation. Some of them have established their very own architecture firms in Malaysia, so if you want to confer with them, you can.

Wong Tung Ken was an architect that co-founded the Ken Wong Architecture firm alongside his buddy, John Ding, way back in 1996.

Ken was his impeccable workmanship and he talks to their clients in a way that will help envision their dreams. He provides a detailed understanding of the building concepts, as well as combining traditional architecture principles with modern ones- taking consideration the interior and graphical aspects of the buildings that he creates.

Ken’s work mainly revolves around ensuring that the buildings he creates have design integrity, as well as functional clarity.

Architect Alan Teh Yee Neng was inspired by the story of American Pritzker Prize-winner, I.M. Pei. He enrolled at the University of Canada to study Architecture and has moved to Australia to finish his scholarship.

Neng was his known for his studio-oriented designs and his concepts were amazing in that they are always in the discourse for commercial viability.

He garnered huge awards including the 2016 PAM Awards and the Landscape Architecture Award back in 2017.

Although he was originally a marine biologist, Aziz followed his moms’ advice to become an architect, simply because her mother was able to see the artist within him.

His designs mainly revolve around saving the environment, which is why he is one of the pioneers of green architecture in Malaysia.

The CY Chan Architect is a company that was founded by Architect Chan Chin Yeow back in 2003. This firm is known to provide quality integrated services such as architectural consultancy and master planning- all from the idea generation to its execution.

Yeow’s design is more of a simplistic one as he believes that the best designs are actually those that are not “loud”. He is known to lead an architecture firm that always puts its clients’ concepts to mind and executing them to perfection.

Hashim founded the VERITAS Design Group back in 1987. His company provides a full range of architectural and support design services through their many associates and subsidiaries.

His company has expanded to a total of six offices scattered throughout the nation. The design group was known for its approach to sensitive and good response to site and context. 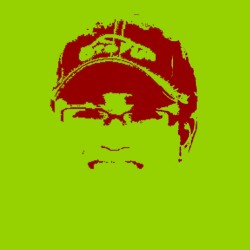